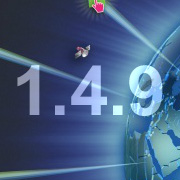 On August 24 (yes, on Saturday, strangely enough), the new Prestashop version was released. Now, as always they claim this version to be a zillion times better then the previous one, and to be more precise 321% faster. Is it really so?

I made some tests on a free hosting with the new version and 1.4.8.2, both of them were out of the box. Here is what i got from the internal speed report (average times):

So, Since these versions were, as i said, out-of-the-box, there was not much data to compare. The results refer to the actual load speed of the home page, on the average visit (so, no first-time calls). First time calls have indeed been boosted since they also upgraded Smarty to 3.1.11. As you can see, even with those few products, the homepage loads a bit faster. So yes, there definitely is a small improvement in performance, but 321% times is a bit too much.

However, some users in the forums noticed a major improvement in their shop’s performance where those shops were bigger. So, it seems the Prestashop team has focused on making the application faster for bigger stores. I guess that’s why the speed improvement is almost not noticeble in small shops.

I’m so glad of that, since that 1.4.4 version was published on November 11th, 2010. That’s 2 years Prestashop Team! Of course, this means all we developers should better leave behind the live() function if we ever used it in our modules, since it’s derecated in the new JQuery.

So sad that, in the meantime, jQuery 1.8 was released. We’re always one step behind, but at least we’ll deal with a better version from now on.

For this new version, they introduced a couple of new modules, most of which useless:

I Suppose most of these are just parthnership modules.

In any case, they also changed the Paypal Module, which is now 3.0.9. This module has been changed a lot. The interface is totally different, and, as a side not, for some weird reason you have to click “register” everytime you access the module, in order to configure it. I haven’t tested the functionality yet.

An old bug re-surfaced, and so now you cannot use live edit anymore, since it just spawns a fatal error.

Conclusion – is the new Prestashop worth upgrading?

I’ve not tested the new version extensively, but it definitely is a bit better than the previous one. However, upgrading Prestashop is always a dice roll, so:

If you have a fairly large shop and are experiencing slowdowns: You should definitely upgrade.

If you have a relatively small store, with 1.8.2, and it’s very customized: You should think twice (or more), since the new stuff might not be worth the hassle of updating your custom code.

EDIT: DO NOT UPGRADE if you are using paypal as a payment option, it has several critical bugs that, in the average case, are not allowing you to receive any kind of payment. See more info here:

With all this said, I’ll be updating this post as I dive deep into it, so stay tuned!