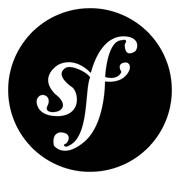 Prestashop 1.7 will introduce the PHP framework Symfony, since the very first version. What will this mean, for developers?

This is coming directly from the official PrestaShop Development Blog.

Whichs part of PrestaShop will be rewritten using Symfony?

The official blog itself states that PrestaShop 1.7 will not be 100% written in Symfony . Apparently, only part of the back office, namely the Product and the Modules pages, will be affected. The rest will be left untouched, meaning everything will still be based on the old Object Model / Hooks architecture.
They are obviously planning to expand the usage to cover more pages, little by little, with every new version.

As you probably know, PrestaShop is currently using Smarty as template engine for both the front and back office. This is not going to happen on pages using Symfony. Instead, they will use its own template engine, named Twig. I am not the biggest fan of Twig, but I guess we will have to deal with it.

The front office will not use Symfony, however, 1.6 themes will not, by any mean, be compatible with 1.7.

A good news for Modules Developer

The only modules that are going to be affected by this change are the ones hooking to the Product or Module back office. No fear though, we will not have to change anything of our modules since day 1. Instead, the PrestaShop team is setting up a switch that will let users run modules in legacy mode if they have not been rewritten in Twig.

Notice I am referring to Twig, and not Symfony, because the display part only would be affected. We will not be required to change anything of the PHP codebase, at least not at the beginning.

What are these, exactly? For the ones who have never heard it, Symfony is a PHP framework (like Zend, Laravel, or CodeIgniter). As such, it provides several helpers and components to make our life easier when coding anything in PHP.

The Team’s decision to choose version 2 if however arguable: Symfony 3.0 has been released last november, and this means PrestaShop’s “new” core architecture will be outdated before even having seen the light. I strongly hope they will drop Symfony2 in favor of version 3 as soon as they can. 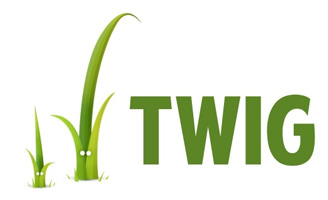 As for Twig, it’s a full-fledged template engine created by the same developers of Symfony. It’s very similar to Smarty, so, the transition shouldn’t be overly traumatic.

Differences between Twig and Smarty

Here are a few example of the main differences between the two engines.

We can’t tell if the transition to Symfony will bring fresh air in te PrestaShop development flow, at this stage. The team’s intentions seem serious enough though, so it’s strongly advisable to start learning Symfony and Twig as soon as you can.