More Info Request Demo
Home // Blog // PrestaShop 1.7 will be a catastrophe. Here is why 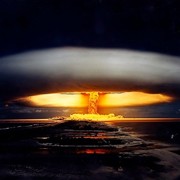 PrestaShop will become a totally different software with the release of 1.7 in the upcoming months. Here are a few reasons why I think it will be a catastrophe for the company.

Here is the updated post a few days after the official 1.7 release: PrestaShop 1.7 is out, here is why it is a failure.
The more I read about PrestaShop 1.7, the more I think it will be a complete failure.

PrestaShop 1.7 will (almost) not be retro-compatible (at all)

While the first news about it, which came directly from the development team, mentioned a gradual adaptation to symfony and hogan, the most recent FAQs on the build site clearly stated that upgrading to 1.7 will be next to impossible.
1.7 will be a drastic shift in how the software is conceived since its own roots, and for this reason 90% of what currently works fine on your 1.6 will never be compatible with 1.7. This was clear for themes already (which might even be acceptable), but even if they still mention that 1.6 modules “should work with little to no changes in 1.7″, they add a few caveats on incompatibilities, specifically:

To translate and make it clear to everyone:

Will any merchant ever upgrade to 1.7? (Short answer: no.)

Given the insane amount of effort that will be required to upgrade a running store to PrestaShop 1.7 (see here), it’s likely that nobody will ever do it.
Thinking of the current chills one already feels when upgrading a minor version, and seeing how painful it has been to move from 1.4 to 1.5, or to 1.5 to 1.6 in the past, chances are no merchant will ever risk his business to radically switch to a new software. Alas, this is what 1.7 will be, a completely new system that will force you to start anew with your shop.

Smarty or not Smarty

It’s hard to understand a few incoherent lines of the FAQs page. While they state the 1.6 themes will not be compatible with 1.7, they also want to continue using Smarty. It would have been better to switch to Symfony since 1.7.0, instead of planning it for future versions, since in any case nobody will be able to upgrade (foreseeing other incompatibilities ahead).

Yes. Unfortunately, PrestaShop 1.7 will not use overrides anymore. The article states legacy architecture will still be usable; however the back office’s Product and Modules page will not allow their usage. Into human language, it means all modules currently (wisely) using overrides will have to drop the system in future 1.7 versions.

This adds another point to the issues for upgraders: any module using overrides will have to be re-written.

It is not clear yet how modifications will be handled, but as long-time developer, I am afraid the new extensions system will have a strong impact on code maintainability.

For all these, there will be no reason not to migrate to some other software (OpenCart, Magento, just to name a few) for those people currently experiencing trouble and limitations with PrestaShop 1.6. PrestaShop 1.7 doesn’t simply have a couple of good-deal breaker features, it’s just a failure in its own conception.
In my opinion, it’s not acceptable to ask any merchant to switch e-commerce software after establishing a successful business. Given that nobody (1.000009%?) will ever upgrade to the new version, PrestaShop is probably going to lose a big slice, up to 70%, of its current user base. Thinking about your business long-term, you might want to start looking for a life-boat.