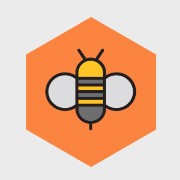 Given the downhill path PrestaShop is pursuing, a group of passionate developers are putting together a new project, let’s see what it is about!

We all know PrestaShop has been having crucial core bugs ever since 1.6 has been released (let’s forget about previous ones…). The company has kept ignoring most of them, having only four people in the core development team, and betting everything on marketing. This lead to PrestaShop 1.7, a version which nobody is really happy of, developers, nor merchants.
Prestashop 1.7 has marked a critical downgrade compared to 1.6, seeing features removed, speed decreased, and compatibility with existing modules and themes basically zeroed.
From a developer standpoint, it means having to rewrite modules from the ground up, and getting used to the new interface and codebase. For merchants, it’s a different story, as it makes them prefer other platforms instead of PrestaShop, given the limited number of features, weight, and lack of third party extensions.

With this in mind, a skilled group of developers has started the ambitious project of forking PrestaShop. What does forking mean? It simply means taking an open source project that fell into an impasse state, with another team, and continue its development, independently, split from the original.

The idea of forking PrestaShop 1.6 has been discussed among developers for more than a year, when it was clear 1.7 would have marked a substantial difference in the route the software had taken until then. We all committed changes to the PrestaShop project on Git, but the time it always took to see them implemented was a real drag.
We also continued pointing out numerous bugs and flaws through the PrestaShop Forge, but saw most of the requests frustrated with no responses, or in any case every new subversion containing the same bug. Merchants need more. Merchants need stability, and developers need a clear path to follow too.

These are just some of the matters ThirtyBees will address.
ThirtyBees wants to clean up PrestaShop 1.6, and continue its development by maintaining the same substantial codebase, improving it while preserving compatibility with current modules and themes as much as possible.

An eye on Merchants, but not only

As previously mentioned, ThirtyBees wants to listen that user base the PrestaShop company has been deaf to, in the last years. Feature requests will be polled, giving merchants an opportunity to really have the software they want, at last.
Additionally, as most users often point out, security will be taken into serious consideration, fixing bugs and flaws of the ever-broken most popular payment solutions, never addressed by PrestaShop.
Developers will not be ignored either, of course. As we all are developers (I am considering myself into the project), we know what makes us frustrated, and what would really make an easier day if added to or removed from the core. Stability will be improved, and an attempt will be made to create a better documentation, so that the platform will finally be accessible to newcomers, and veterans will have a solid base (much like the WordPress codex) to refer to, when needed.

The ThirtyBees project has not even launched yet, but its plan is ambitious. It wants to be the next best E-Commerce platform of the market, and its promises, and the passion of people who are actively contributing to it, make us hope there really is a bright future for this newborn creature. It will have its own Modules and Themes Store, which will not be vexatious towards contributors, nor buyers, and much more. It will be focused on its community, already counting a good number of enthusiasts all over the world, and will therefore need your contribution, too.
Whether you are a writer, translator, marketer, developer, designer, or anything you think might be useful in such a project, head over to the ThirtyBees Contact page and get in touch with the manager. We will need as much help as possible in making this project successful; and this success will come from nobody, but you.