More Info Request Demo
Home // Blog // PrestaShop 1.7 is out, here is why it is a failure 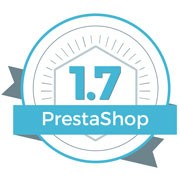 Last monday PrestaShop 1.7 has been released. Let’s see why it is a huge step backwards, driving the company dangerously downhill.

Following my previous post on why PrestaShop 1.7 will be a catastrophe, I thought it was high time to update my thoughts on it, given its official release. Have they changed? No. Here is why.

PrestaShop 1.7 is clearly slower than its predecessor. The installation itself (on localhost) took me over 10 minutes because of the page load, and kept hanging on the database connection settings. The new architecture is heavier, meaning it will need a better machine to run the same shop with the same performance. And this, for a merchant, means a bigger investment.

PrestaShop has never shined for its template, but 1.6’s one was above the average level of a generic, free E-Commerce Platform. Whoever designed the “Classic” theme for PrestaShop 1.7 mistook “essential” with “poor”. This new theme is not “clean”, but rather just empty.
It looks bad, it feels bad and it’s lacking things more than being simplified. It’s dominantly starking white, and let’s just forget about images missing in the category header.
It’s not possible to set images for the top menu, which in return looks barely more than the result of a simple tutorial on creating mega menus.
In the product page, room for the long description has been sacrificed in favor of… nothing?
If you write a little more than a couple of lines (as you normally would, adding extra descriptions and media for the item) you will find yourself with a completely useless half of the page.

Some wise guy thought using a single id for each product was not enough. Hence, products with attributes now have 2 IDs in the url, one for the product itself, another for the combination. A plethora of us developers (including me) have developed their own versions of pretty urls, but the core team evidently thinks it’s not something merchants would want in 2016. Of course.

Have you visited the PrestaShop Forge recently? I did.
Have a look at the bug reports VS fixes metrics on 1.6: 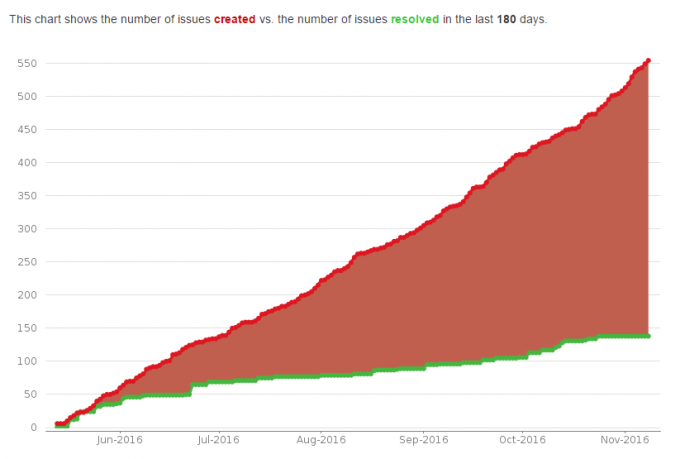 Is it really necessary to release a new version, leaving all these things unsolved?
The Development Team Leader Julien Martin stated 1.7 is not a release about bug fixing. Indeed, but they are still there.

In the article about the 1.7 release on the PrestaShop Development blog, Xavier Borderie mentions “a number of major features”. Let’s see what they are, according to him:
Symfony 2, new Default Theme and Starter Theme, New Product Back office, reworked modules page, reworked main menu.
Should we dissect them for a second?
Symfony 2: given the fact it’s only been implemented in 2 pages of the back office, it’s not really implemented in all the shop. The front office still uses Smarty.
Themes: I already said enough about the classic one, while the Starter Theme is simply one without any css or js.
New Product Back Office: I give him a point there, it’s the only new feature.
Reworked modules page: More following below
Reworked main menu: They just shuffled items and put some together, so that you have to click more to reach a page you were previously able to see right away (try to reach the customer groups page )
Are these new features? No. Only one is.

Here follows a list of features to which we bid adieu (seems appropriate) with the advent of PrestaShop 1.7:

As merchant, what would you like to see when you first click on the modules list? I would expect a page where I can configure modules. Things work differently at PrestaShop’s HQ. Apparently, what they like to see when they are configuring their shop is Advertisement. The first page we are presented with, as soon as we click on “modules”, is a nice list of “modules and services selected for you”. Nice.

During the 1.7 installation process, you are embarrassingly given a link to the 1.6 documentation. Why is PrestaShop still lacking a decent official resource where to look for in case of issues?
Why is there still no sign of a real developer guide? I am guessing nobody really knows the code base.
We are given no indication at all, if any hint on the development blog. The code is not only not documented, it’s not even commented. Developers and users are just left on their own, trying to figure out the ins and outs of each feature, if it ever makes sense.
EDIT: It seems there is a work-in-progress documentation, as Krystian Podemski pointed out in the comments: http://developers.prestashop.com/ although it seems a bit confused to me.

As previously stated, 1.7 comes with a mixed architecture between the old code and Symfony 2. Some pages in the back office use Symfony, some modules use namespaces, the front office theme still uses Smarty, but differently. Overrides are formally deprecated but still available, because there is no valid alternative. Honestly, what should a developer do? Update modules? How, and why, when the core team doesn’t have a clear idea of the next steps, either?

The Puffin won’t save the day

The sad truth, PrestaShop, is that having a mascot won’t save the day. Updating visuals, making pretty commercials, full of dreams and promises, and then coming up with a software that’s a huge step backwards is not the way to go.
I solidarize with John James, who wrote an article on Medium.com, pointing out the faults of the company’s recent decisions. The new CEO, despite making things look prettier, didn’t bring anything good to PrestaShop, and is actually driving it downhill, through a path that will systematically push away every new potential user.
Using the software as bait to make money, by reducing its features, selling people what was previously given for free, is not on the path to popularity. Nor it will bring any growth, and Google Trends clearly show that the interest in PrestaShop is slowly, but constantly decaying.
PrestaShop is sinking, and it will drown unless they change their mentality for good.
We, developers, merchants, who survived and made a living thanks to it so far, can only hope for the good to happen. In the meantime, we will keep supporting 1.6, and, why not, continue to develop and fix bugs, even if just on our own, at least paying attention to our user base.